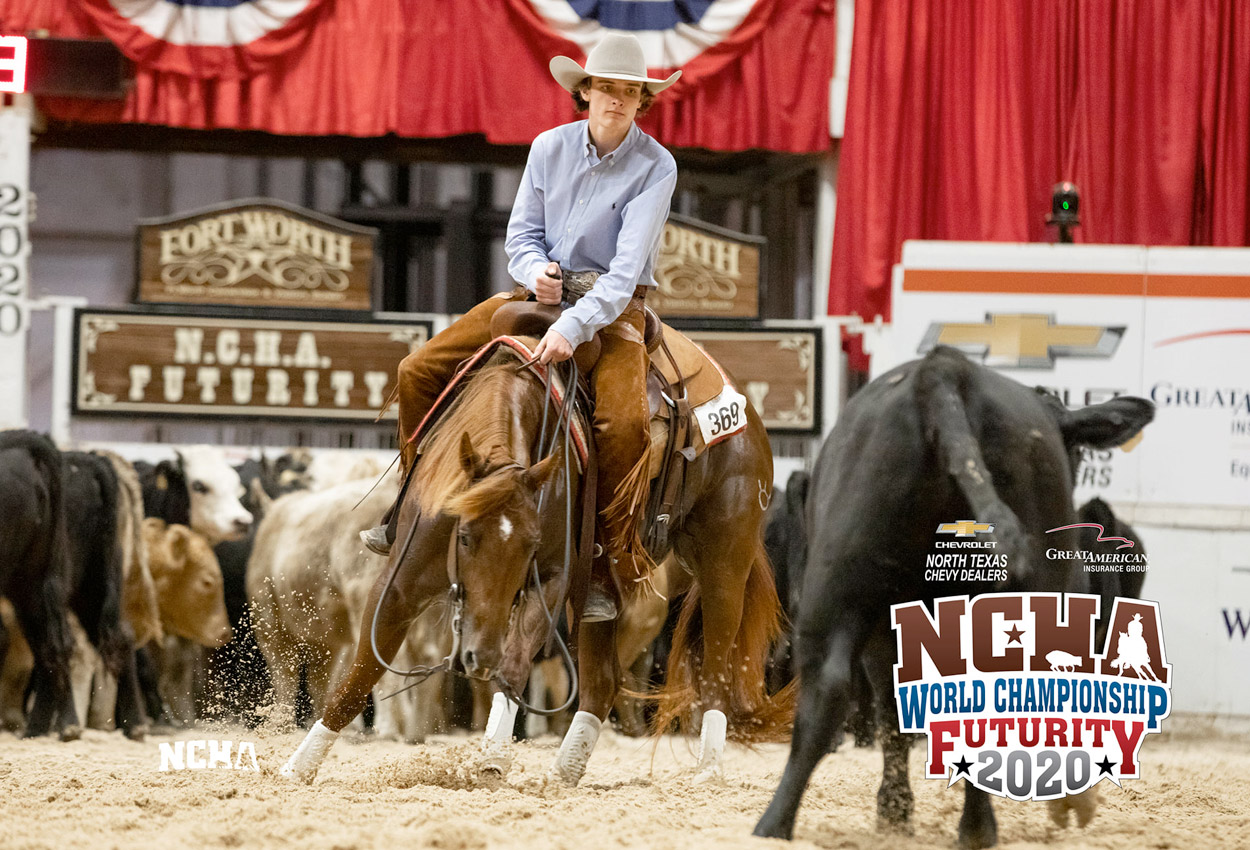 Charles Russell Bushaw was feeling confident as he walked Hawk Falcon out of the arena after the Unlimited Amateur finals at the National Cutting Horse Association (NCHA) Futurity.

That’s because he knew he and the horse raised by his family’s Crown Ranch had put in a good run Friday, Dec. 11 at Will Rogers Coliseum in Fort Worth.

“It was pretty fun. The horse felt pretty good,” he said. “Probably the best he’s felt out of all the times I’ve showed him so far. “

Twenty-four horse-and-rider teams took a shot at Bushaw and Hawk Falcon’s 219, but none could match it. They were champions.

“It was pretty cool,” Bushaw said.

It was Bushaw’s first win at the NCHA Futurity, though not his first time competing.

The teen has won money at the NCHA Futurity the past four years, and last year made the Unlimited Amateur finals with Hawk Falcon’s full brother, Thunder Buddy.

The 2020 Unlimited Amateur Reserve Championship went to Ken Schultz and Meytallic, who marked a score of 217.

A daughter of Metallic Cat, Meytallic is a homebred for Schultz out of his good cutting mare Reys of Starlight (by Dual Rey). They earned $25,702.

Hawk Falcon is a son of the late Equi-Stat Elite $4 Million Sire Hottish and out of La Femme Nikita, a daughter of Choice Acres who won more than $122,0000 in the show pen.

The $28,679 first-place check that Hawk Falcon won in the Unlimited Amateur made him La Femme Nikita’s sixth money-earning offspring. Her leading earner is La Deja Vu, a daughter of Cat Ichi with winnings of $54,994.