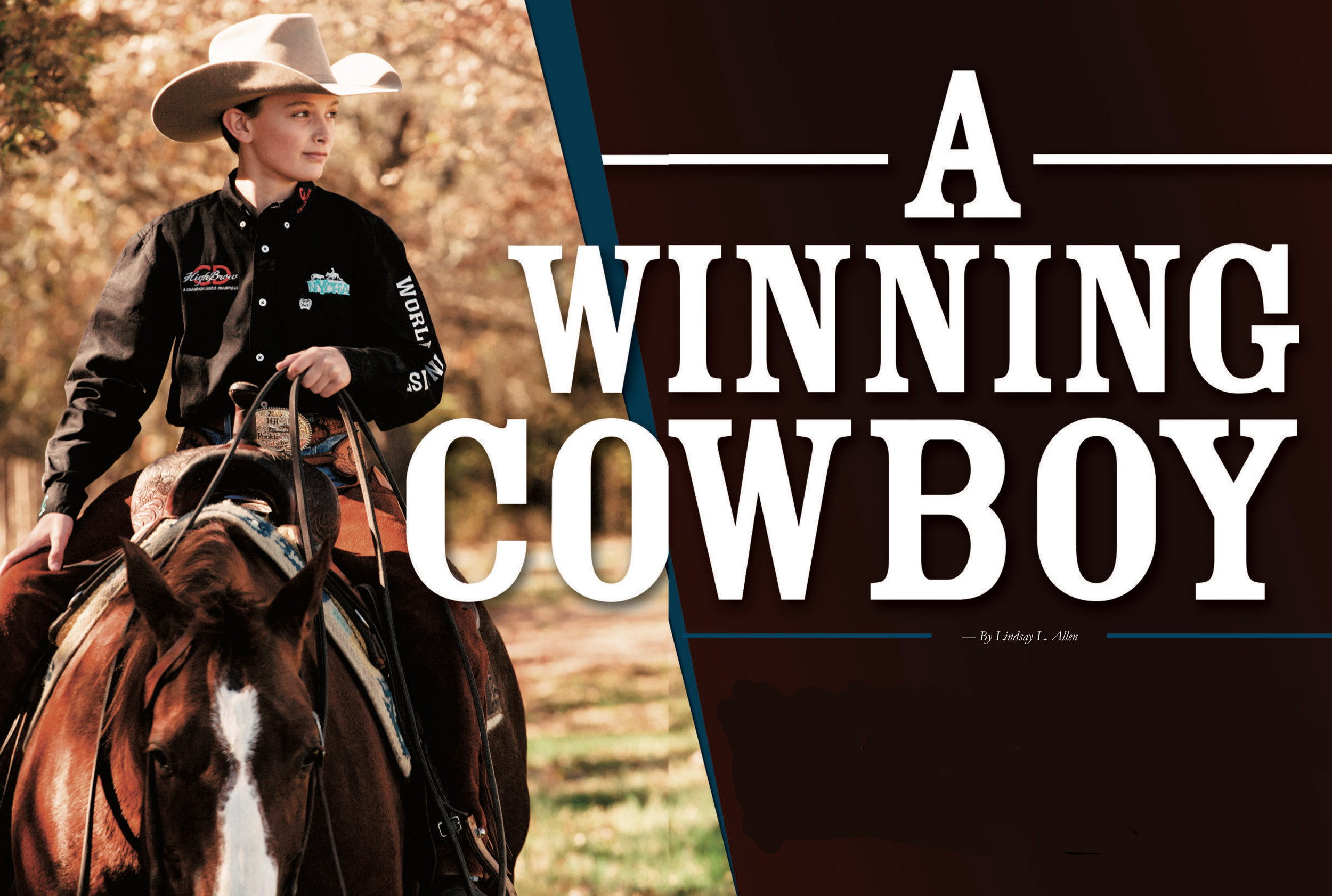 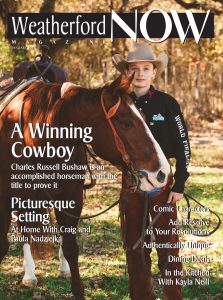 The rich heritage and history of the cowboy is a story told time and time again, but for Weatherford native, Charles Russell Bushaw, this story comes from his ancestry and led to his hobby and eventual national championships. Charles Russell has grown up on the family’s ranch, which began over 111 years ago in White Earth, North Dakota. His father, Chad, christened their Weatherford, Texas, location with the same name and brand. He rides and trains cutting horses, a talent and passion he is passing on to his three sons. Charles Russell, the oldest, was named the 2016 National Youth Cutting Horse Association Rookie of the Year.

While he may have been a rookie in the show arena, he is not new to the sport. “I have lots of memories of Charles Russell and me on the road to cuttings. I compete, too, and there were several times when he was young that it would just be him and me together,” Chad said. “In fact, he started learning the sport when he was about 7 years old.”

“I was always watching my dad compete, and through him I got involved in the sport. I knew from watching him that this was something I wanted to do,” Charles Russell recalled.

Cutting is one of the fastest growing equine sports and is a competition in which the horse and rider must work together to demonstrate their cattlehandling skills. During the two-and-ahalf minutes of competition, the horse and rider must approach a herd of cattle. Then the rider signals to the horse which calf to separate from the group. Once the horse has separated the calf from the group, the horse then uses its cutting skill to watch the calf move-bymove and prevent it from returning to the group. During this time, a panel of judges scores the performance based on challenges made by the calves, the horse’s instinctive reactions and any errors made by horse or rider.

“It was hard at first, and I wasn’t sure which cow to separate and how to stay with them and not lose them. But all along I still enjoyed it. I wanted to get better, and I still want to improve.” 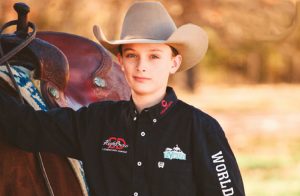 To excel in the arena requires the rider to possess a great amount of riding ability and quick thinking. For a young man to be able to sit in the saddle and control his horse, while making decisions within seconds, requires great skill and practice. “No amount of coaching can help you think that quickly. I am so proud of Charles Russell for knowing when to stick with his plans and when to go to plan B in the arena,” Chad said.

A seventh-grader at Weatherford Christian School, Charles Russell is bringing home his own titles and awards to the family ranch. After earning enough points throughout the 2015- 2016 show season to compete at The NYCHA Youth World Finals, where he placed seventh overall, Charles Russell also placed sixth overall in the scholarship finals. This is a competition
that allows youth to compete in the sport to earn scholarship money and is held in conjunction with The World Finals. To qualify for The World Finals, the young man had to finish in the top 15 standings based on previous show winnings. With numerous states represented at the show, Charles Russell advanced to the fourth heat of competition, eventually to take home seventh place. 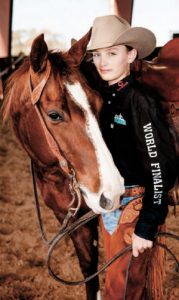 “The thing I love most about cutting is the people. I love the sport and getting to do it with my family,” Charles Russell said, “but the people we meet on the road and the friends I have made are what make this sport so unique and special.”

While he rode several horses throughout his rookie show season, his main horse was a mare named Petotoodie. Traveling to Oklahoma, Colorado, Minnesota and all over Texas to compete, Charles Russell was able to hone his skills and successfully compete at the National Cutting Horse Association Summer Spectacular, where he took home his buckle for the Rookie of the Year.

“We were very proud of him. Charles Russell had to be consistent and dedicated throughout the year with his practice and competition schedule. He developed great relationships with his trainers and fellow competitors,” Chad noted. They are thankful for the lessons and maturity he gained from each of them. “Plus, he is a great role model for his younger brothers as our middle son wants to follow in his footsteps and try for Rookie of the Year this next show season.”

Charles Russell is following the lead of his father who has over 25 years of experience in the cutting sport and breeds, trains and competes with horses at many events. His dad has over $3 million in career earnings for his time in the show arena. The Bushaws are proud that cutting involves all of them and is a family sport. For Charles Russell, practicing requires early mornings and late evenings. He can be found practicing before school or after school, depending on the day. With a full workload at school, plus training for the next cutting he also finds time to play basketball and baseball for the Weatherford Christian Lions. “Balancing several activities has definitely taught me a lot about prioritizing and working hard,” Charles Russell stated. 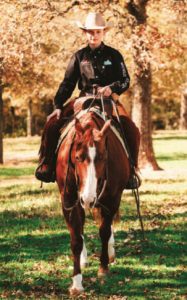 “For a 12-year-old boy to be such a good horseman and athlete in the saddle, in addition to thinking quickly and making split-second decisions as to which cow to cut, is impressive. His mom and I are very proud of the work he puts in at the barn and his schoolwork,” Chad said.

Even though he began riding at 4 years of age, learning the sport was a very different story. Charles Russell remembers the early stages of training saying, “It was hard at first, and I wasn’t sure which cow to separate and how to stay with them and not lose them.” He continued, “But all along I still enjoyed it and initially tried the sport because I had grown up watching my dad cut. I wanted to get better, and I still want to improve.” While most hobbies at this age eventually fade or doors for competing close after high school graduation, cutting carries on. While the sport’s origins date back to the true cowboy days when all cattle were worked on horseback, the popularity of the event only seems to keep growing. For Charles Russell, he looks forward to continuing to grow in his skill, ability to cut and to continue competing for many years to come.